Bulk Beings are a non-playable race that are the immensely powerful inhabitants of the 5th Dimension. The 5th Dimension does not change from universe to universe, as it is outside of the alternate universes and accepted time/space continuum of the 3rd Dimension. Therefore, Bulk Beings also do not change from timeline from timeline, as they exist outside of it.

It is impossible for any inhabitant of the 3rd Dimension to see the true 5th Dimensional form of Bulk Beings. Therefore, their appearance can vary greatly. Most appear humanoid, although certain Bulk Beings can appear to be animals or shapeless blobs. Intelligent Bulk Beings prefer a humanoid form above all else, often modeling it after humans. However, there is no singular general appearance of a Bulk Being. An individual Bulk Being can have a square head, glowing skin, multiple limbs, no face, and countless other features. A few even make themselves physically identical to humans and other 3rd Dimensional races. One of the more common "trends" is a humanoid figure with an object for a head. Bulk Beings cannot reproduce, or be conceived through natural means. Some argue that they are not even truly alive. They are, however, sentient beings, possessing self-awareness, survival instinct, motivation, the ability to express emotions and other factors that are commonly used to define "life". Some Bulk Beings, however, are more primitive and less advanced than others, often taking the forms of animals and monsters. These Bulk Beings are often referred to as Bulk Monsters, and act like animals. Let it be noted that they are not, in fact, a separate species, and the title has been given to differentiate them from intelligent Bulk Beings. Bulk Monsters have predator instincts, seemingly no intellect or evidence of sophisticated thought, and don't use their powers to the extent that sentient Bulk Beings do. However, they can be tamed and made intelligent. When they become intelligent, they can take humanoid forms, which often resemble a human with animal aspects, such as animal ears, tails, etc., etc., all based off of the animal that the said being resembles in animal form. However, they can sometimes be full on anthropomorphic animals. Bulk Beings are immortal, and do not age. They cannot be affected by emotional attacks, mental attacks, or illusions. They can manually omit emotions, which many use to their advantage. Bulk Beings have varying levels of power, with some being practically invincible and able to rewrite universes with a wave of their hand, and others being similar to celestial entities. Bulk Beings have no definite genders, but often "establish" one for themselves, identifying themselves as male and female. Some prefer to go without a gender, or be gender-fluid. It is impossible to truly kill many Bulk Beings, especially in the 5th Dimension. In the 3rd Dimension, however, it is possible to kill lower Bulk Beings and Bulk Monsters, albeit very difficultly. Bulk Beings do not need to eat, but can consume food nonetheless.

The first Bulk Being to arise was The Mode. Since The Mode is the oldest being in the Multiverse, it would make the Bulk Beings the oldest species in the Multiverse. Sometime after the Abstract Concepts came into existence, other Bulk Beings arose. It is presumed that essence from the 5th Dimension condensed into sentient entities. Under The Mode, they created their own civilization, and expanded across the 5th Dimension. Some Bulk Beings came out malformed, or were driven into madness by unknown means, becoming the first Bulk Monsters. A few Bulk Beings began to go rogue, wanting to rewrite the universe in their own image, but were put down by The Mode. Some still remain rogue, but are unable to leave the 5th Dimension, and act like criminals within their home dimension. The most powerful Bulk Beings serve in the Court, the ruling body of the 5th Dimension. The lower Bulk Beings serve as citizens and guards to their dimensional boundaries. The Mode created the Great Watching Eye, a large device which can track multiple beings at once, as long as they remain within the Multiverse. The Eye is always fixed on the Edge Wall, which makes up the only known boundary for the 5th Dimension, and the Multiverse itself. The Court was the creator of Cosmic Law, and still works with many other beings to update and enforce them. They also created the first Time Police department, originally made up of Military League units. Later, the task of enforcing Time Laws fell to the Titanians and Celestial Entities of the 3rd Dimension.

The Bulk Beings have a highly advanced society, with the inner workings and exact mechanisms unknown to the 3rd Dimension. It is presumed to be very similar to that of most factions, such as the Government, with a social system, lower class, middle class, upper class, jobs, wages, taxes, law enforcement, and public works. They are ruled by the Court, which is very similar to a monarchy. It is headed by The Mode and the High Council. There is known to be an Observation Corp (which serves The Mode directly), a Military League, a Public Service League, and a Crimes Unit in the government of the 5th Dimension. Some Bulk Beings actually despise/look down on beings from the 3rd Dimension, seeing them as inferior. The most extremist rogues do everything they can to eliminate any 3rd Dimensional beings they come across, as they deemed them unworthy to live. Despite this, most Bulk Beings can be considered benevolent in nature, not willing to do away with the free will of the other inhabitants of the Multiverse, and unwilling to alter other planes of existence. Bulk Beings know and believe in God. When mistaken for a god, they often say that there is only one true God, and that he is not one of them. All sentient Bulk Beings appear to be well mannered, calm, collected, and seem to favor using technical dialogue when speaking. Since Bulk Beings cannot reproduce and do not age, they do not have traditional families. However, they have a concept of marriage, and some Bulk Beings are married. Because they are truly genderless, one must establish a male personality while the other must establish a female one. It is unknown if same sex marriage is tolerated. Tamed Bulk Monsters will act more like children to their owners rather than pets. The Military League serves a sort of interdimensional police force, but on a much larger scale than the Titanian Enforcers. For example, Military League units can be often seen tracking down demons who entered the Physical Planes, and taking them away for trial or execution. However, there is only a limited number of Military League units, and so, many demons and other entities are able to slip by. Their top priorities are powerful demon lords, Inversions, Bulk Monsters, and entities from beyond the Multiverse, such as *indecipherable*. They had once served a Time Police before handing the duties over to 3rd Dimensional beings. But they still do reserve some squads to aid the Time Police. The language of the Bulk Beings is the unnamed 5th Dimensional dialect, which cannot be completely translated into other languages. Some parts of their language can be roughly translated, but many words and phrases cannot be translated by any means. When spoken aloud, their language sounds like loud, startling, indecipherable noises. However, the pitch of their language can determine what words/phrases can be translated. However, it can only be translated by machines and beings with a 12th level intellect and cosmic awareness. It is impossible for any other being to understand or speak the 5th Dimensional language, as it is unable to be comprehended by almost all species in the 3rd Dimension, and is mainly made up of words that cannot be pronounced by any other species. It seems as if all Bulk Beings have met each other at one point of their lives. When a Bulk Monster is tamed, they act more childish and naive than the normal Bulk Beings. Although it seems like a contradiction from their wild and feral untamed selves, tamed Bulk Monsters are actually very nice, well meaning, and have a good moral compass, although many are rather mischievous. 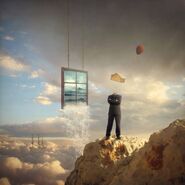 A Bulk Being merchant with an interdimensional portal.

A group of Bulk Being Military League units, with Stentron at the lead. 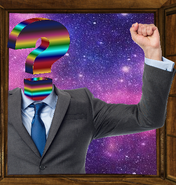 A Bulk Being who broke through a window.

Three Bulk Being Military League units searching for an Extramultiversal Entity.
Add a photo to this gallery
Retrieved from "https://bossfight-universe.fandom.com/wiki/Bulk_Being?oldid=3066"
Community content is available under CC-BY-SA unless otherwise noted.